We use the same system as before but we draw now with the bode(P) a bode diagram. The output is then written to a .csv file. 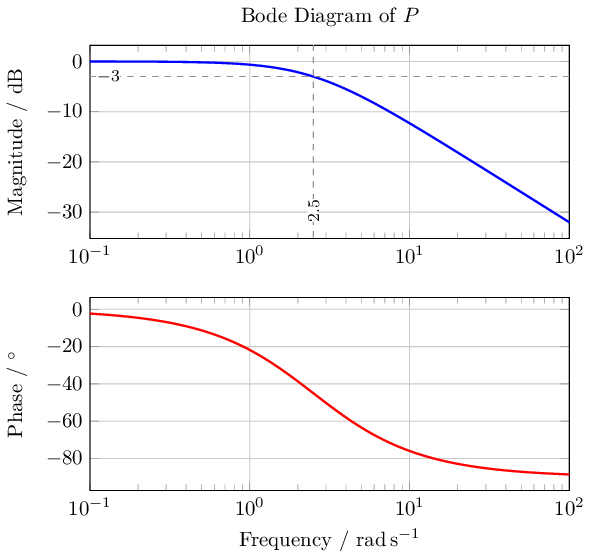