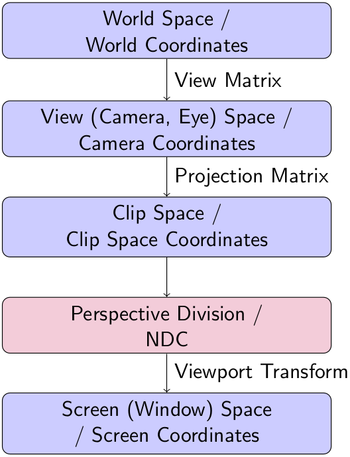 In Octave a plot scene is defined by a "view point", a "camera target" and an "up vector". 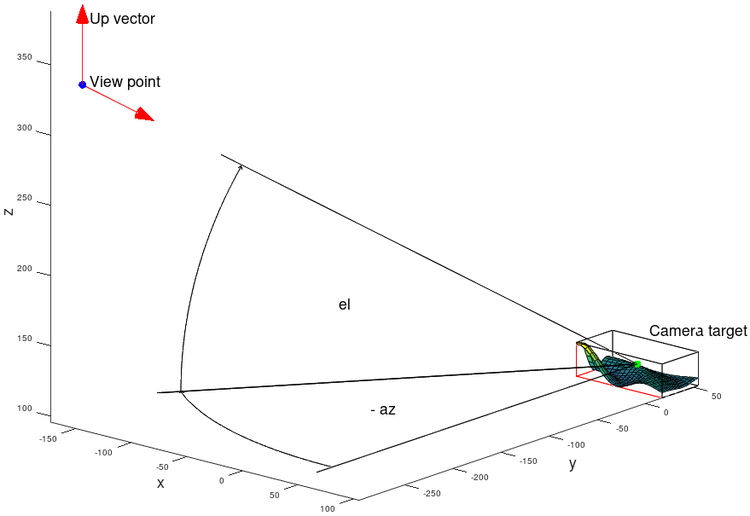 In the second part of

The following section of code composes the matrix "x_view", which is a major subset of "x_gl_mat1". The matrix "x_gl_mat1" consists of multiple translations, scales and one rotation operation. The individual operation steps are shown in a picture below.

To visualize the matrix properties, the "x_gl_mat1" matrix is multiplied by the object coordinates. After the transformation, the plot box is aligned with the Z-axis and the view point is at the origin

. The matrix transforms world coordinates into camera coordinates. The purple planes show the near and far clipping planes.

The individual translation, scaling and rotation operations of "x_gl_mat1", are shown in the following figure: 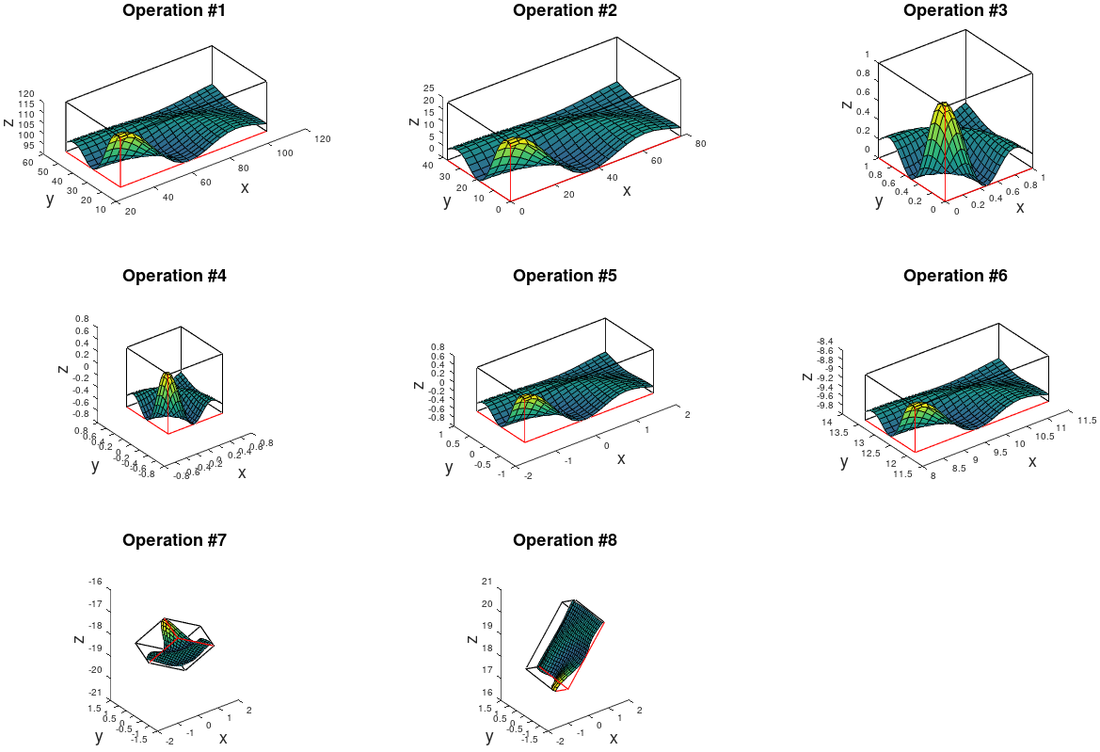 The matrix "x_gl_mat2" is composed of the sub matrices "x_viewport" and "x_projection". The purpose of these matrices is to fit the associated 2D image of the above transformation result into a "bounding box". The bounding box is defined as follows:

Compare the result with the output on the Octave prompt:

In the following simplified code section the matrix "x_projection" is composed. It is used to normalize the image of the above transformation. For this purpose, the field of view (FOV) must be calculated:

"x_viewport" is a transformation used to place the previously "normalized" plot box in the center and to fit it tightly into the bounding box:

Note: The matrix "x_gl_mat2" scales x, y. However the z-coordinate is not modified!

In the OpenGL backend, the view matrix, an orthographic matrix, and the viewport transform are used to transform the octave plot into the screen window.

Hint: If you debug in "setup_opengl_transformation ()", you can print the viewport "vp":

This is consistent with the window size.