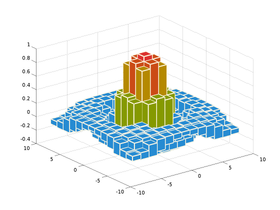 Use of Octave functions[edit]